In 1922, he retrospectively sent a telegram re: the condemnation of the 6.
In 1923, he signs the Treaty of Lausanne as former authority.
In 1930, he signs the Greek-Turkish agreement in Ankara.
In 1931, he is against the Revolution of the Cypriots.
In 1934, he sends a letter in order to propose Kemal for the Nobel Peace Prize to the Nobel Committee .
In 1935, he encouraged the military coup.
In the same year, he was sentenced to death as a traitor of the homeland.
In 1936, he dies.

These acts of E. Venizelos have a continuity of thought between them and don’t constitute an exception, but the outcome of his politics.
There aren’t therefore moves which occurred without a preparation and they don’t merely constitute responses to the situations of his era.
E. Venizelos strictly followed a way of thinking which doesn’t change.
What’s of interest in regards to the case is why many analysts don’t put these actions together and they opt in examining each, without the others in order for it to come across as an exception.
But when the exceptions are so many, then they simply constitute the norm.
If we were to now add the delay he caused in regards to the issue of Crete’s liberation, to the fact that he was strictly against the liberation of Cyprus in 1931, then we see traces of a rational policy which hasn’t changed all these years.
He didn’t promoted what we more simply refer to as our national issues.
On the contrary, resulting in these acts is clearly obvious that he wanted to find a balance with the foreign factor.
The question is simple: why all these elements are not enough to direct someone into taking an objective position on the matter.
The answer is simple: most don’t take these facts into consideration, and so the propaganda continues to function.
He is presented as an alternative to King Constantine A’, whereas they both activated an unacceptable context against the strategic positions of Hellenism.
But gradually they’ll all understand what he was all about. 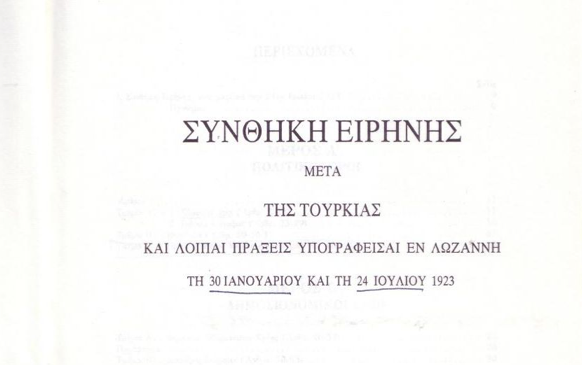