We all know by now, even at a local level, that the EuroAsia Interconnector electric cable is progressing dynamically in Attica, Crete, Cyprus and Israel. But there are only a few who are yet aware, that this European Commission’s Project of Common Interest has been also enhanced by the EuroAfrica Interconnector, which will connect Egypt with Cyprus. Therefore, Cyprus will have two interconnections, a factor which is very important for its energean security, but of course indirectly, even for the EuroAsia Interconnector as such. Additionally, as the second cable will trasnport 2GW as well, it’s totally compatible to the first one. The distance between Cyprus and Egypt is approximately 500 km. Consequently, only this section allows for dual access to energy. Therefore, the agreement which took place between the two countries constitutes yet another accomplishment towards the entire project, which is presented more and more in a dynamic manner as an effective geo-economic tool which has a positive impact upon the geopolitical data as well. All of these becomes a reality, and all those who deal with plots and artificial approaches of neighbouring countries, eventually forget all about the substance of strategy, because they are only communicatively influenced about matters which obtain no geostrategic foundation whatsoever. 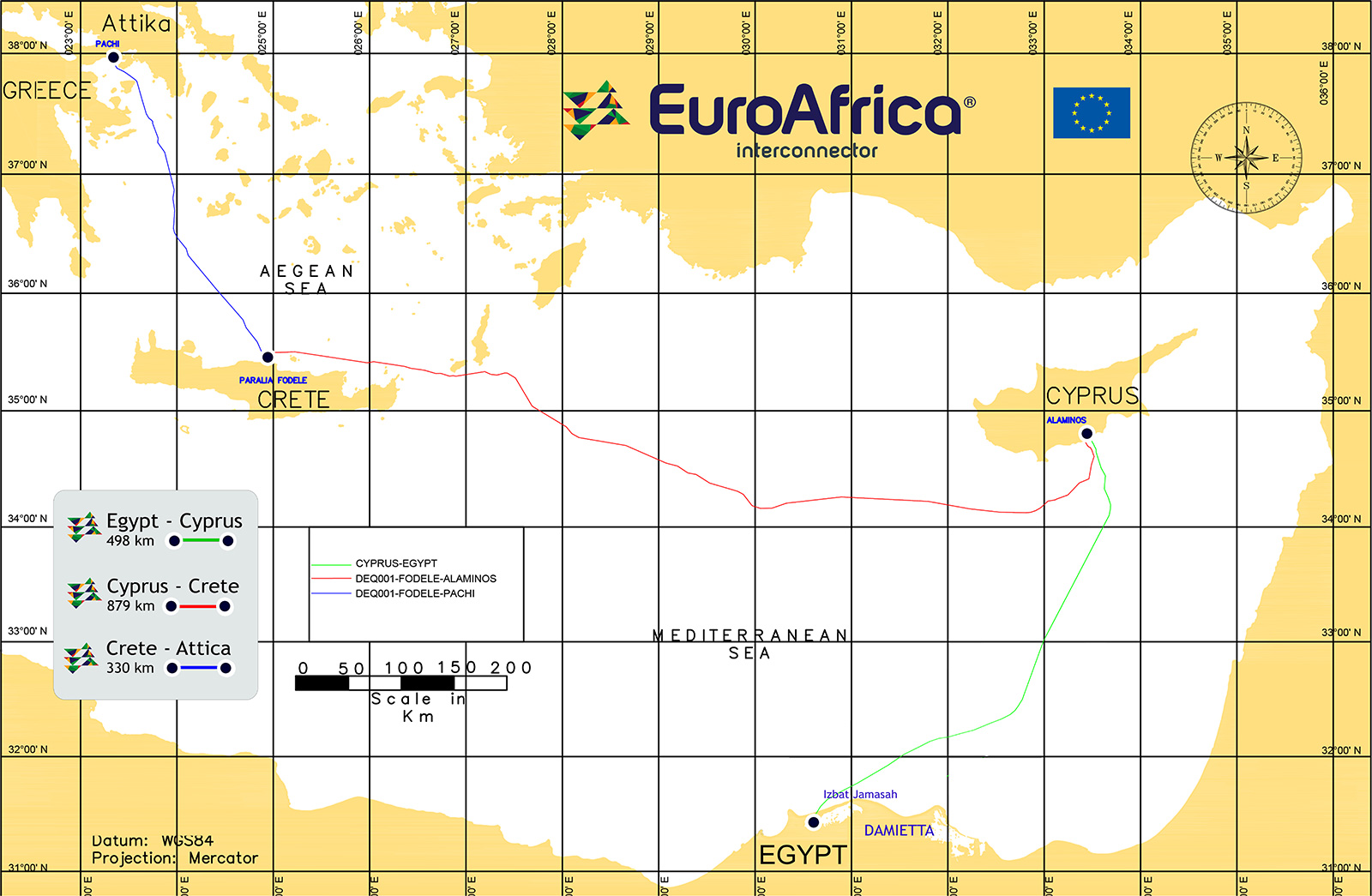