Of late, Cyprus and Greece are observing the hypermodern underwater seismic recording vessel, prowling within and around block 4 of the Cyprus EEZ. Turkey is well aware that block 4, as well as block 5, lack as yet the presence of petroleum giants. It constitutes therefore an opportunity for Turkey to at some stage down its driller within block 4 of the Cypriot EEZ in the presence of warships without anyone been in actual fact distracted by such move. 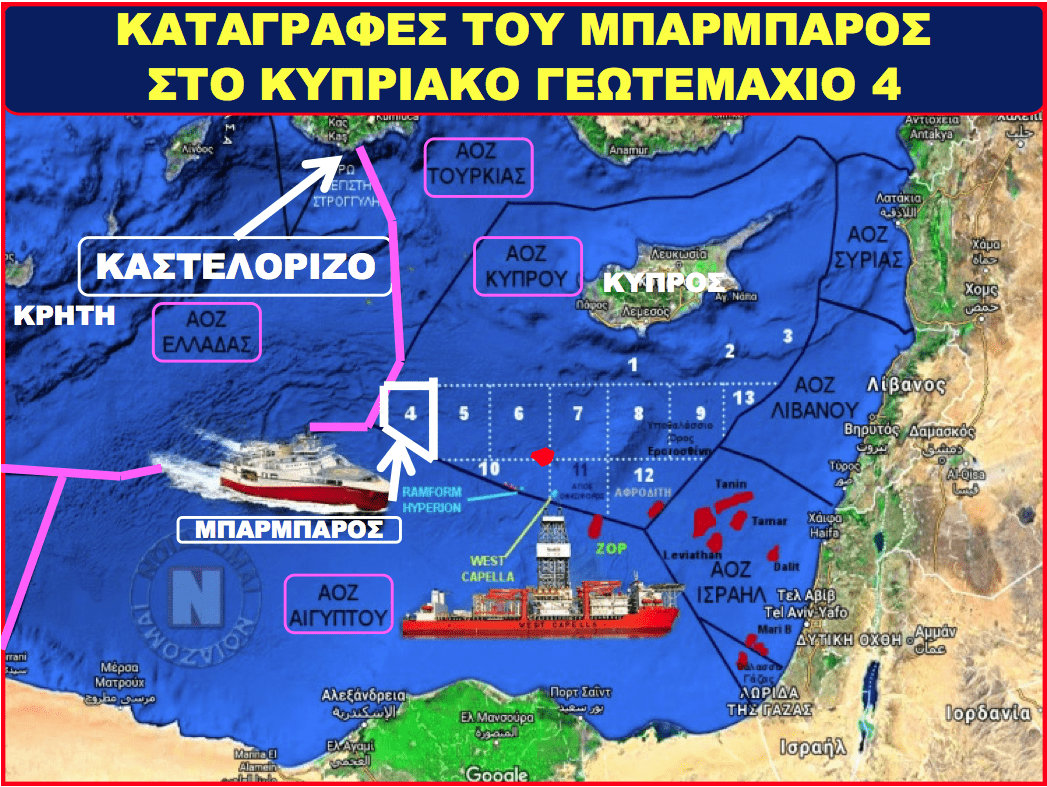 There is a need at this point of time for the Republic of Cyprus to attract as soon as possible substantial investors to marine blocks 4 and 5 of the Cypriot EEZ as well. Because however, the depths of these marine blocks are enormous, while simultaneously these regions constitute part of the completely unexplored Herodotus Basin, it is quite clear that the geological and investment risks are much greater than that re: the other Cypriot blocks. Based upon international practice therefore, in order for a State to attract major investors in areas with higher investment risk, there are on the market only two possible ways to reduce investment risk:
1. A differentiation in regards to the proclamation with more attractive technical and economic terms aiming to attract reserve research and production investments.
2. And a scaling up diversification of the size of the marine blocks, an issue not possible at this point, since the Cypriot law doesn’t allow it as yet.

Since we believe it is never too late, we are proposing directly to the Cypriot government to proclaim anew a special concession round for blocks 4 and 5 which will include much more attractive as well as highly diversified technical and financial terms in order for attracting investments, so that blocks 4 and 5 may be significantly shielded by the investments of petroleum giant.